Purple Haze delivers a dreamy burst of euphoria that brings veteran consumers back to their psychedelic heyday. This nostalgic sativa staple remains cherished for its high energy cerebral stimulation that awakens creativity and blissful contentment throughout the day. Purple Haze is believed to have descended from parent strains Purple Thai and Haze, which pass on a mix of sweet and earthy flavors underscored by notes of berry and sharp spice. Purple Haze buds typically acquire vibrant hues of lavender that further justify the naming of this strain.

Purple Haze is a sativa dominant hybrid (85% sativa/15% indica) strain that is a potent cross between the rare yet popular Purple Thai X Haze strains. This dank bud boasts a THC level ranging from 14-19% on average and an array of sativa and indica effects. Purple Haze was named after Jimi Hendrix’s classic 1967 song and is one of the most famous strains ever thanks to its popularity in the 1960s.
Users describe the Purp Haze high as one with almost immediate high-energy cerebral stimulation accompanied by an intense sense of creative inspiration and blissful contentment. You may experience a mild body buzz that is warming and spreads from your head and neck throughout the rest of your body.
Due to these potent effects, It ideal strain for treating patients suffering from conditions such as fatigue, mild to moderate cases of depression, and chronic stress or anxiety. Purp Haze has long, dense pepper-shaped nugs that are light minty green with rich purple undertones. These nugs are covered in long thin light and dark purple hairs and a fine layer of milky white trichomes and sweet sticky resin.
Purple Haze has a sweet earthy berry aroma and a pungent berry taste with a hint of spice. When you pay close attention to Jimi Hendrix’s lyrics from the 1967 classic Purple Haze, it’s very possible he was talking about this cannabis strain. Named after the array of purples a nicely cultivated batch conjures up, Purple Haze is a strain that both novice and veteran consumers can indulge in as it’s been around since the 60’s.
The parent strains of Purple Haze are both sativa, Haze and Purple Thai.
With THC levels usually ranging in the low teens, Purple Haze might be a good strain to try for beginners since modern strains tend to jump up in the 20’s with THC levels. It’s popular because of the high it tends to create, often leaving reviewers claiming it increases energy, creativity, and appetite which are effects that many recreational consumers tend to enjoy, especially at a social level.
Fans of this strain like to delve into their hobbies such as painting, song-writing, or any other creative outlet that keeps the mind busy and imaginative. Though it wouldn’t hurt to have some snacks nearby when trying this strain as well, since many reviewers report having the munchies. A warm body buzz has also been tied to this strain as a common effect felt by its fans, relieving mild aches in the body and bringing relaxation to muscles.
Cotton mouth and dry eyes have been reported to be the most common negative side-effects of this strain, though paranoia may surface if consumed improperly. If your curious about its scent and flavor, Purple Haze has a sweet and earthy aroma that often carries spicy and berry-like undertones. 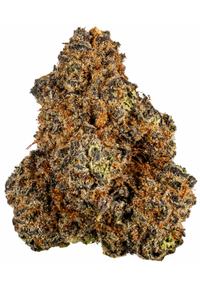 Purple Haze is only meant for patient growers, taking anywhere from 16 to 20 weeks to flower. This strain is known to provide uplifting and happy effects. White 99 tastes fresh and bright, like tart oranges mixed with lemons and kush. Medical marijuana patients choose White 99 to help manage chronic depression and anxiety.

There are no reviews yet.

Be the first to review “Purple Haze” Cancel reply

Add to wishlist
Quick View
Out of stock

Add to wishlist
Quick View
Out of stock